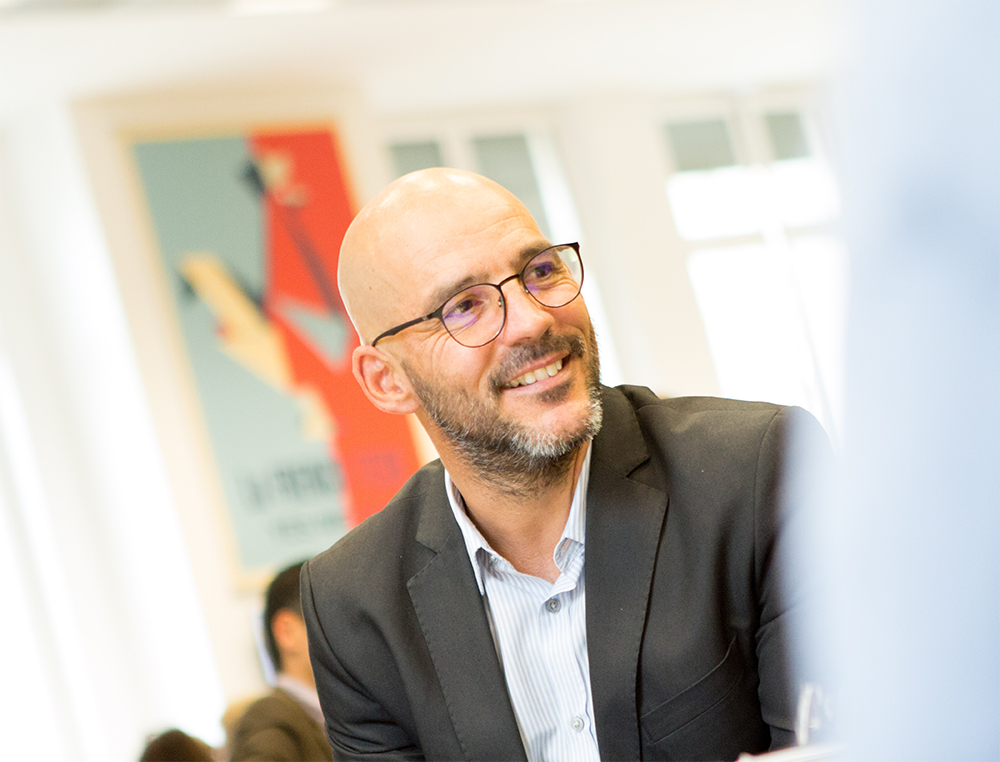 On the 16th of March 2017 at the Partech Shaker, Vincent Pineau, cofounder of Influans and former VP of Global Support and Services at Talend, spoke about the incredible Talend journey. He shared his experience on managing the many growth cycles of a disruptive tech company with an emphasis on how to conquer the US market.

Founded in 2005 in France, Talend is the leading open source integration software provider to data-driven companies. Talend helps companies become data-driven by making data more accessible, improving its quality and quickly moving data where it’s needed for real-time decision making. Today, Talend supports over 1,500 companies. In 2016, Talend made a successful IPO on the prestigious US stock market and raised over USD 94 million, making it the third French Tech company to be quoted on the Nasdaq, after Criteo and Business Objects.

• From French startup to a multinational company: 2005 to 2016
According to Vincent Pineau, the keys to Talend’s success are a well-identified opportunity, good timing and disruptive positioning.
- A well-identified opportunity: by co-founders Bertrand Diard and Fabrice Bonan during a previous experience selling integration services, that drove their decision to compete on the big data market against industry leaders such as IBM or Oracle.
- Good timing on data:as companies were starting to exploit data and were looking to leverage it for decision support and other purposes, but were faced with integration issues and lack of affordable products.
- A disruptive model: Talend positioned itself with a two-pillared disruptive model - (1) technical with very innovative software and (2) commercial by betting on the monetization of open source, which back in 2005 was not a given.

• Key steps of the Talend expansion to the US
“The development of Talend in the US didn’t happen overnight and we had many challenges to face” explained Vincent Pineau, who was identified in 2007 as the “handyman” to capture the US market. Below are the milestones of Talend’s road to success in the US:
- Launching: Vincent was a data expert with in-depth US industry knowledge but he had never opened up a new market. He had very little guidance at hand and so lost time and efficiency. Looking back, he strongly recommends relying on the various startup support structures that exist today.

- Evangelization at all levels with a high dose of enthusiasm: by knocking on the doors of all the SS2I, Talend evangelized heavily on Open source and on Talend’s disruptive positioning. “One of our key evangelization messages was that there was more to integration data than just ETL and manual coding and that alternative solutions such as operational data integration did exist” explained Vincent.
- Marketing and sales: Talend favored a non-intrusive marketing approach. Counterparts were never asked to download their product, as the Talend business model is based on subscription, with free solutions and paying advanced functionalities.

- Structure around a dedicated business support team: Business Development Representatives, whose role was to book demo appointments for technico-sales people. The team grew from 2 people in June 2007 to 15 by end of 2007 and 50 by 2008. “Our philosophy was: better run after sales than be prepared for the sales you will never have”, said Vincent.

- Globalization: to support the Talend expansion in the US as well as across Europe and Japan, it was crucial to create transversal support and global consulting methods.

- Fine-tuning: Talend spent a lot of time monitoring ratios and KPIs to assess the success (or lack of) foreach action.

• Post mortem of an intense journey
Looking back on the success of Talend, Vincent highlighted the following key points:
- Each step represents a specific cycle but what really counts is moving on to the next step. Every step is important but the key is to identify the next one.
- Make sure that you know and trust your team so that you can deal with highly complex situations on a daily basis. Talend’s strength was putting the right person in the right place.
- Motivation is key: this is what enables you to make things happen.
- Be aware of cultural subtleties: don’t make the mistake of arriving in the US with a translated version of your pitch as Americans are not sensitive to the same issues as Europeans.
- Focus on the future: your success lies in your ability to take a decision and to move ahead.
- Every once in a while, look back: take a break sometimes to look at everything you have achieved, appreciate it and share it with others.

At the end of Vincent’s presentation, Bertrand Diard, co-founder of Talend, added: "When you are considering going public, make sure that you have well anticipated the investments and organization required to support your future growth (hence your stock market price), as in the 5 years following the IPO, you will have less flexibility. Investors are well aware of all the growth drivers. Today, Asia has become our main driver of growth with a 300% growth rate, against 30-40% for Europe and 50% for the US. We have been preparing Asia for 3 years. I think that beyond the ideas and the technology, team culture is the key to success. Growing by 100% implies accepting to transform your organization, otherwise, you will hit the glass ceiling, reach a plateau and sign your startup’s death warrant. We had a unique adventure with Talend. Now with Influans (a big data platform dedicated to marketing), we are taking up an even bigger challenge in terms of market and teams. "