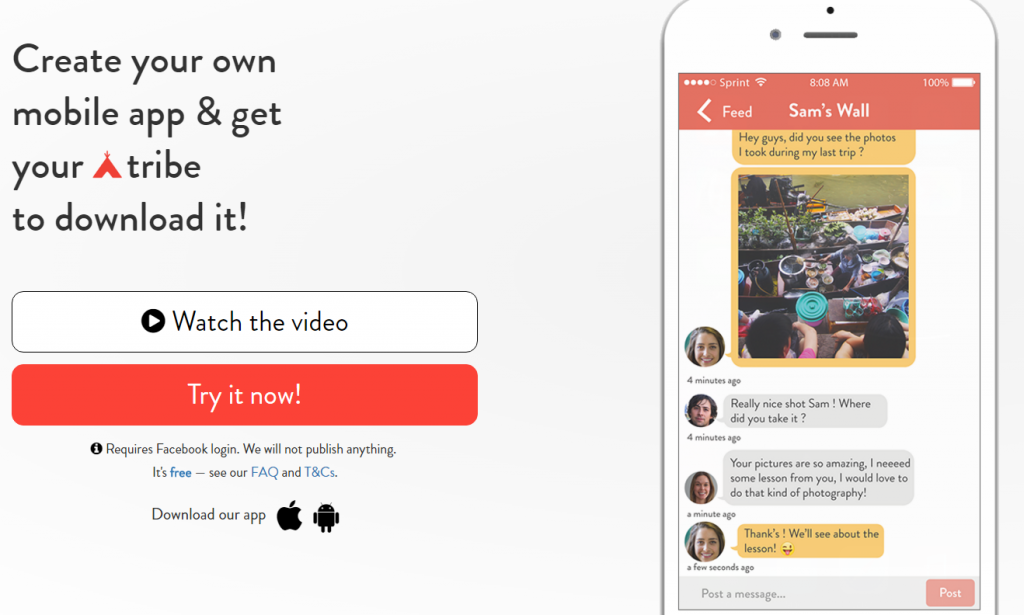 The company Triber, which was founded in 2014 by François Carlot & Duncan Smith, developed a solution that allows influencers, artists and events design their own app in just a few clicks. These apps, which count more than 500,000 users, enable the brands to federate digital communities around influencers.

Here’s what François Carlot, co-founder, has to say about it.

Marie Raichvarg, Partech Shaker: Can you tell us the story behind Triber?

François Carlot, Triber: We felt there was a missing niche in the market for a new kind of mobile app that would bring together users sharing a common interest...We wanted to be able to instantly build apps that users would find cool, easy to use, and where they could interact through a quite innovative public chat. We quickly built the product that perfectly reflected our vision – although it  took us a while to find the right go-to-market. When we launched our first app around a media show in March  2016, we finally had our product-market fit : great for users (over 300k registered users on the app with high retention), great for the media (audience "ownership" through data collection, monetization, etc...).
MR: You've been based at the Partech Shaker at the beginning of the adventure, how has this benefited the development of your project?

FC: A stimulating working environment and the ability to interact on a daily basis with top entrepreneurs.

MR: How many people are working for Triber today?

FC: About 10 people are now working on the project.

MR: What kind of changes can be expected with the acquisition (for the team, the product...)?

FC: Mostly the opportunity to create apps that can benefit from NRJ's firepower, solving the user acquisition nightmare that almost all app developers (including us recently!) are facing! For instance, we launched the "Fugitif NRJ" app early December, which is one the flagship games brought by "Manu dans le 6/9", the largest radio show in France. With the right product including an innovative game mechanism on one hand, and the power of the show on the other hand, we had the magic ingredients that allowed us to become N°2 on the App Store and N°8 on Google Play, for the duration of the game.

MR: Do you already have in mind a new startup project?

FC: I can't stop playing with new ideas, but right now I'm committed and focused on solidifying and expanding Triber in its new home, and  developing NRJ's digital activity.

What is Partech Shaker?